They also tied tomatoes to the support stakes, removed spent flowers from a plot and collected Batchelor’s Button seeds for next year’s flowers.

But that’s not all!

Every group harvested celery. It wasn’t easy to pull from the ground but all ages showed teamwork and strength and got the plants out, shook off the soil and placed them in a wire basket.  Next, we trimmed off the roots, washed the stalks and ate them with a yogurt based ranch dressing.

Almost everyone agreed that this was good tasting celery. It couldn’t have been any fresher and it certainly had better flavor than the pale stalks we buy at the supermarket.  Even gardeners who thought they didn’t like celery, tried it and found they did.

Some of the young gardeners ate multiple stalks with and without the dressing.  The rule in the garden is you can take a small bite of a vegetable and if you don’t like it, you can politely spit it out.

“But if you are adventurous enough to try something new, you may be surprised you like it.” That is what I say every time a new vegetable is presented.

We also added freshly harvested and chopped parsley to the yogurt dressing and that also meet with approval. The willingness to try new things is terrific.

This was a great day.

I’m looking forward to next week…I’ve got something unusual planned. 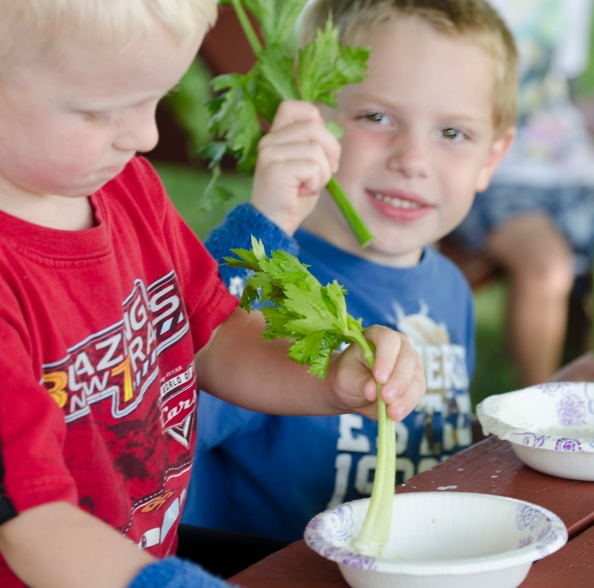 All content on this website, including photos, are copyrighted. Do not reprint or re-transmit in whole or in part without written consent. All rights are reserved.